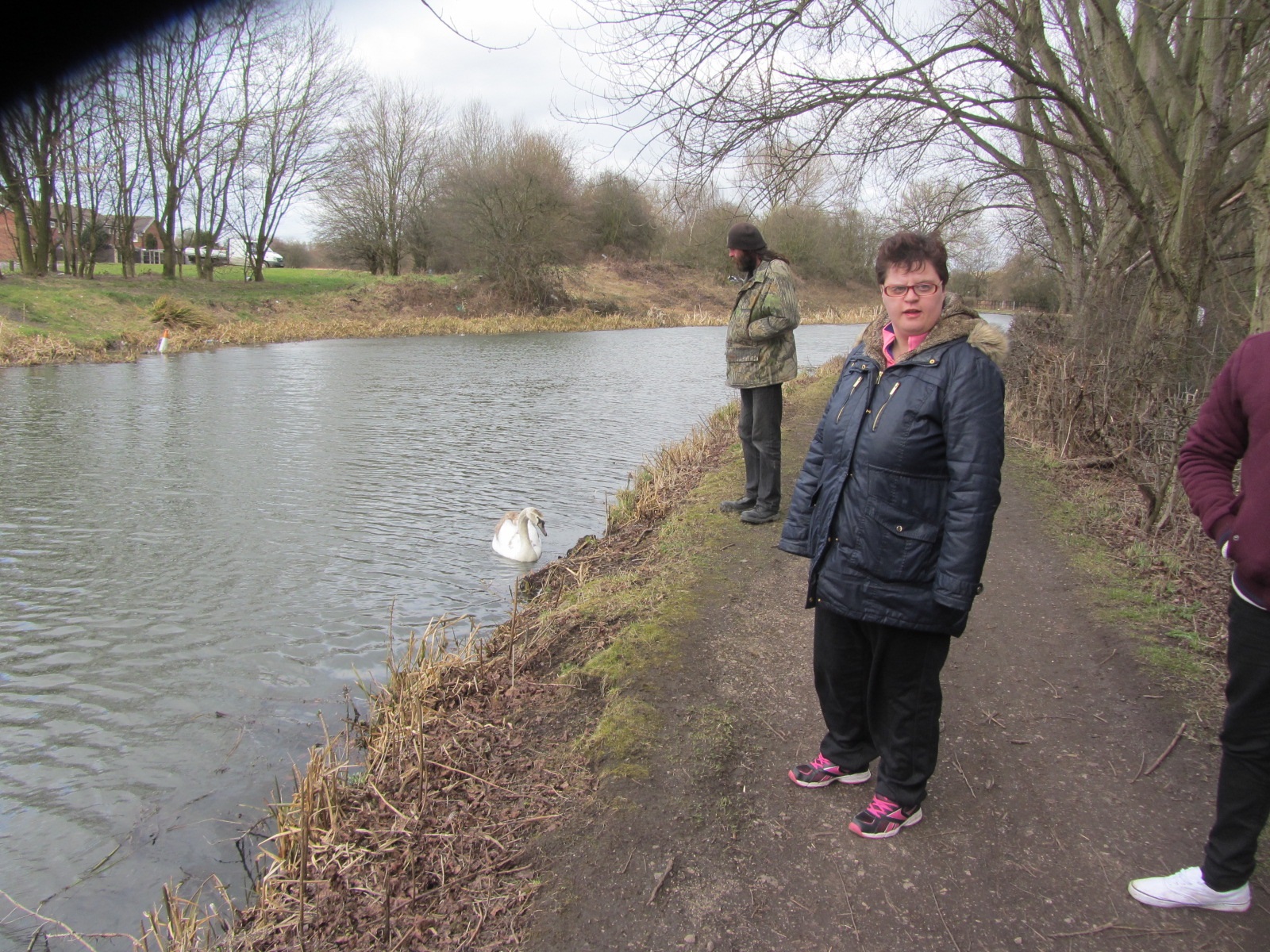 Denise pays tribute to Derventio for turning her life around

A woman who has gone from homelessness to published author has paid tribute to the tireless work of Derventio for helping turn her life around.

Denise Bowles, of Ilkeston, said without support from Derventio Housing Trust she would not be where she is today: in full-time paid employment, no longer on state support, and with a published book to her name.

For Denise, 40, Derventio’s incredible work not only found her a home but also gave her a purpose, through our innovative Growing Lives project. She said:

If you said to me ten years ago I was going to write a book, I would have laughed in your face. It just goes to show that things can change.

I’m ever so grateful to Derventio for what they have done and for helping me along the way. I’m never going to forget that.

Ten years ago, Denise hit rock bottom when a series of circumstances meant she lost her home.

Denise, who has a mild learning disability, had no job and found herself “sofa surfing” around friends’ houses. Not knowing where to turn, she was referred to Derventio. She said:

I told them all about my situation and that I had nowhere else to go. I said: ‘You’re my only hope’. I needed to find my feet again and just to have somewhere to call my home. Within a week, I got a phone call telling me I had been accepted and that Derventio had found me a place.

I went to look round the house they had found for me and it was absolutely lovely. I was so over the moon!

Derventio did much more than just find Denise a comfortable two-up, two-down home of her own. Regular visits from staff provided support with medical and employment appointments, but it was another project that was to prove pivotal. Denise said:

After just over a year of being with Derventio, I was told about a project called Growing Lives. It was set up to help people with projects like crafts and gardening. I went along because I thought it would help my mental health and get me out there to meet new people and get my confidence back.

Growing Lives helps residents in Derventio homes and in our employability programmes, as well as others referred to help their recovery from drug and alcohol addiction.

Based in Cotmanhay, Growing Lives runs every weekday and offers a wide range of activities such as woodwork, crafts, bike club, computers, cooking, upcycling furniture and growing vegetables.

The idea is to help give people valuable skills to help them get back on their feet, but it has many more benefits than that, said manager Kim Miles. She said:

Growing Lives helps people by giving them positive activities to increase their confidence. It’s good for their mental health. It’s therapeutic. Some people come because they are isolated. It’s about friends and spending time with people.

It’s not necessarily about learning a skill. You can learn to cook or learn how to use the tools in our workshop. But it’s quite often more for wellbeing, mental health and avoiding isolation. A lot of people are isolated, especially during Covid.

Denise is one of Growing Lives’ longest participants, having been a regular at the service for up to four years. She said:

I worked at it like it was a job. I really stuck to my guns with it and did as much as I could. Whatever it was they asked me, I was willing to do it. For example, there was a gate that needed painting. I had never done anything like that before and when I was growing up, it was seen as a man’s job. I was never allowed to do anything like that but Growing Lives allowed me to.

Thanks to the confidence she built up through Growing Lives, Denise went on to employment in two important projects: Inclusion North, which works with people with autism and learning disabilities, and VoiceAbility, an advocacy service supporting people to have their say in decisions on their health, care and wellbeing.

Now living independently, she has published her first book: I Wanna Tell You My Story, which she has produced with the help of Story Terrace, of TV’s Dragon’s Den fame.

The book is a poignant memorial to Denise’s mum, Cath, who died aged only 60 in 2021, and who had been particularly proud of her work with Growing Lives. She said:

I needed to do this book my mum wanted me to do it. She used to come to the Growing Lives workshops, as a visitor. She looked around at everything we were doing. She thanked everyone for helping me. She’d say: ‘It’s really helping Denise with her mental health and her confidence.’ I really wanted her to come down and look at what we were doing because I felt proud of the work that I did. My mum was always talking about what we were up to. She was proud.

I have got a lot to thank Derventio for. They helped me find myself again. That was by doing all the voluntary work I did for them. By doing that, I got my confidence back. I had lost that for a very long time.

To anyone who has reached rock bottom like I did, I’ll say this: ‘Don’t give up hope. There is still time for things to move for you. There will still be people living in vulnerable situations for many years to come. Believe in yourself. Things will change. It might not happen overnight but it will happen over time.